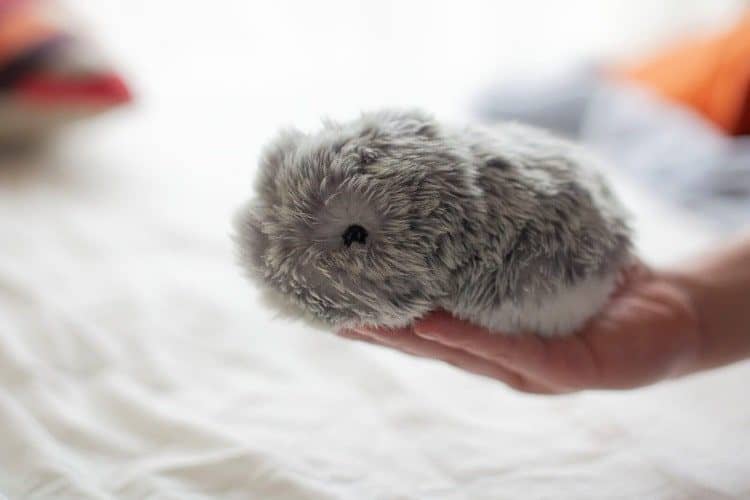 This year’s Consumer Electronics Show, or CES, usually held in Las Vegas, was a virtual experience that featured a furry robot named MOFLIN, invented by Japanese firm, Vanguard Industries. Vanguard Industries first debuted its robotic pet at the 2019 Web Summit in Lisbon, Portugal, the world’s largest tech conference. The AI pet robot, MOFLIN, was well-received, and a successful crowdfunding campaign launched the concept into the phase of development and production.

The first virtual CES awarded Vanguard Industries its “Best Innovation” award for MOFLIN, the artificially intelligent pet robot, which also comes with emotional capabilities. Vanguard developers created an algorithm that allows the robotic pet to learn from its interactions and surroundings, and elicit responses in return. Vanguard Industries claims the AI pet robot has its own personality and can express emotions from happy to sad, and from calm to stressed. The robotic pet charges in a bed-shaped device and even makes sleeping noises as it charges.

Robotic pets are not a new concept. According to Wired, another AI pet robot with feelings is set to hit the market in 2021. Named Kiki, this robotic pet resembles more of a robot than a furry pet, but developers claim it interacts based on the user’s feelings and interactions with the robot. Kiki also responds to other Kikis and can be customized or taught tricks.

Other robotic pets have been on the market for some time, such as Tamagotchi, Furby, and Aibo. And recently in Panama City, Florida, a man donated robotic pets to a nursing home, according to WJHG/WECP. Joe Nelson, the generous donor, thought residents of the Mathison Retirement Community could use some extra companionship.

So, are artificially intelligent robotic pets the companion pets of the future?

Robotic pets may help individuals or children with allergies enjoy the company of a pet-like creature without the inconvenient, and sometimes miserable, symptoms that can accompany a cat or dog allergy. According to the Asthma and Allergy Foundation of America, or AAFA, a “hypoallergenic” animal does not exist – the body’s immune system reacts to proteins found in the pet’s dander, saliva, or even urine. 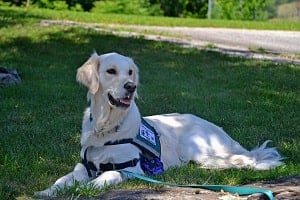 In 2017, a study was published in the Journal of Pediatric Oncology Nursing that found therapy dogs provide significant psychosocial benefits to families with children undergoing cancer treatment.

“This study advances our understanding of the benefits of the vital bond shared between people and animals,” said Dr. Amy McCullough, principal investigator and American Humane National Director of Humane Research. “We believe the findings may further increase access to therapy animals in hospital environments, enhance therapy dog training and practice, and improve well-being outcomes for families facing the challenges of childhood cancer.”

Therapy dogs have been proven to help children with autism, individuals with dementia, patients with heart failure, and people hospitalized in the intensive care unit. Science tells us when humans interact with animals, petting the animal releases serotonin, prolactin, and oxytocin – the feel-good hormones in the brain that help the body to relax. The release of these hormones reduces physiological stress.

Therapy animals, usually dogs, provide comfort to those in need, in a variety of settings such as schools, hospitals, nursing homes, and trauma centers. Not to be confused with service dogs, therapy dogs do not perform specific tasks, but instead are relied on for their warmth, comfort, calm demeanor, and physical presence. Therapy animals are trained to interact appropriately with a number of different people in a variety of different scenarios.

Though a robotic pet may have taken an award at the virtual CES this year, many real and rescued pups will take center stage at the next Puppy Bowl, scheduled to air on February 7, hosted by Animal Planet. And recent studies have concluded that just watching cute animals play can help reduce stress and improve focus.