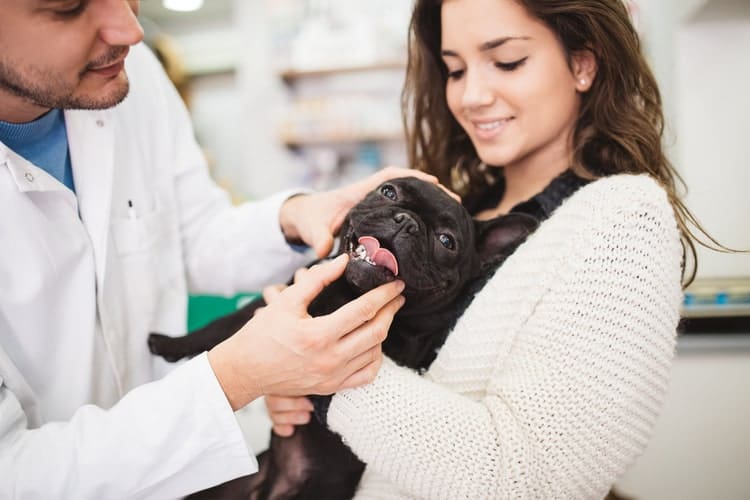 The majority of pet owners want what’s best for their pets. After all, the pet care industry continues to grow, and the demand for online pet services, veterinary consultations, and medications is on an upward climb. Americans spent just over $95 billion on their pets in 2019, with just under $30 billion in the vet care sector. Though more and more people are treating their pets as furry family members, some veterinarians are concerned about pet owners accurately assessing their pet’s health.

The study reviewed data from roughly 3,000 dogs, aged three months up to 8 years old, using VetMetrica, an instrument that generates a health-related quality of life score. VetMetrica is an owner-reported profile questionnaire that determines quality of life based on four domains – energetic or enthusiastic, happy or content, active or comfortable, and calm or relaxed. Similar to the Medical Outcomes Study-Short Form, which is the quality of life profile measurement for humans, scores can be used to help determine overall physical and emotional health.

The researchers’ goal was to examine dogs reported to be healthy in order to study the relationship surrounding the breed, sex, age, and health-related quality of life score. From this large pool of 3,000 dogs, researchers took data from 152 dogs whose veterinarian information was also available. Researchers then used this data to compare the clinical evidence to the owners’ opinions of their dogs’ health status.

Though the 40 percent discrepancy is of concern, researchers were quick to note the limitations of the study, including the time lapse between the pet owner filling out the questionnaire and the clinical exam of the dog. However, the review of more than 150 dogs highlights the possibility that pet owners are not as aware of their pets’ health as they should be.

Another article published in the September 2016 issue of Veterinary Clinics of North America: Small Animal Practice also reviewed discrepancies between owner and veterinarian perception regarding the health of their pets. Focusing on obesity, since it’s a top reason for ill health in pets, veterinarians are searching for ways to work with pet owners to prevent the issue. Researchers found many owners do not even recognize their pet is obese, and then rationalize or justify it when it’s brought to their attention.

With such a large gap between what a pet owner thinks of as “good health” versus what good health actually means, researchers and veterinarians have also examined flat-faced breeds and their owners’ perception of their health, given the innate health complications in brachycephalic breeds.

One study, published in the 2019 Plos One journal, found owners of flat-faced breeds – breeds notorious for breathing problems – characterized their dogs as healthy, even though they had health problems such as allergies, corneal ulcers, skin infections, and respiratory problems. Despite even being aware of some of these issues, more than 70 percent of owners classified their pet as “in very good health.”

The article further reported the “unrealistic perceptions of good health” from a previous study that looked at owners of flat-faced breeds. Based on the owners’ replies to a variety of clinical questions, almost 40 percent of the dogs showed signs of airway obstruction. But less than 18 percent of the owners considered their dog to have a breathing problem.

“These contrasting and paradoxical results support the influence here of the ‘normalisation’ phenomenon whereby owners of brachycephalic dogs may be consciously aware that the dog is struggling to breathe, but not consciously accept that this is a specific problem, instead considering it a ‘normal’ and therefore somehow acceptable feature of the breed,” reported researchers in the study.

The phenomenon of normalizing disease does not begin nor end with dogs, cats, or other pets. It’s a phenomenon in human circles as well. Until the definition of “good health” changes to mean no disease in the body, there may always be a debatable line between healthy and sick.

“One of the central challenges for the veterinary sector, as the anchor for pet healthcare, is a growing misalignment between what vets and pet owners view as pet care. Veterinary visit rates are correspondingly at risk, especially among cat owners,” stated a U.S. Veterinary Services report from Packaged Facts.

Pet owners may fail to bring their ill pets to the vet simply because they erroneously view their pets as healthy.