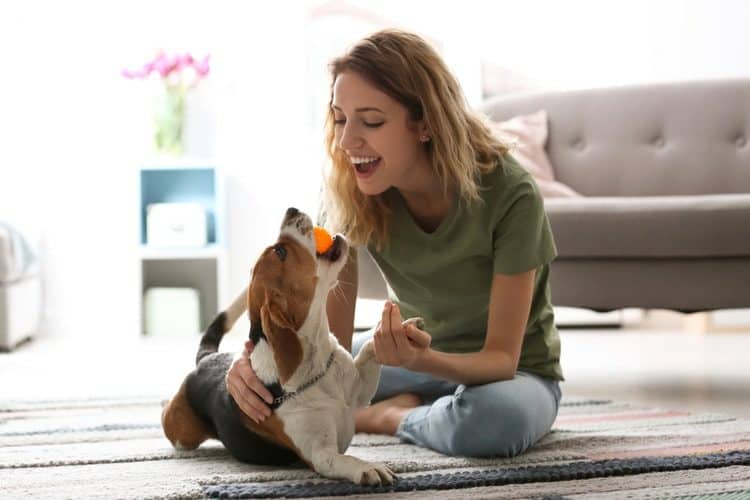 The domestication of the dog has been of interest to scientists and researchers for decades. And recent archaeological studies have pondered that dogs have been by our side for more than 23,000 years. Researchers have also hypothesized about how and why dogs became our close companions all those years ago. Much of the emphasis has been placed on shared survival tactics during the Ice Age, as well as a mutual respect and need for the other. But a recent analysis discovered women may have played a much larger role in the evolution of the human-dog bond, according to the Journal of Ethnobiology.

Washington State University researchers ran a cross-cultural analysis of the evolution of the human-dog relationship using ethnographic documents in the Human Relations Area Files database. The analysis was broken down into four hypothetical reasons dogs have stuck by us: environmental influences, hunting and farming, resource protection, and human gender influence. The hypothesis looked at dogs’ use for humans, humans’ use for dogs, and personhood of dogs in relation to the four categories. Personhood of dogs refers to treating a dog more like a person, such as giving dogs names, beds, and toys. 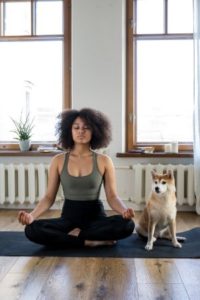 “Our modern society is like a blip in the timeline of human history,” said Jaime Chambers, first author on the paper published in the Journal of Ethnobiology, according to Washington State University. “The truth is that human-dog relationships have not looked like they do in Western industrialized societies for most of human history, and looking at traditional societies can offer a wider vision.”

The results from the data displayed a pattern that showed an increase in humans’ use for dogs and personhood of dogs when women were more involved with dogs. All three – dogs’ use for humans, humans’ use for dogs, and personhood of dogs, were positively associated with hunting, but negatively associated with farming. Environmental influences, such as the outside temperature (colder temps versus warmer temps) and disease, had the strongest and most consistent effect on dogs’ use for us and our use for them, as well as an increase in personhood.

“Affiliation with adults was positively associated with all three outcomes; however, women showed a significantly stronger effect than men on HUD (humans’ utility for dogs) and personhood,” researchers stated in the abstract, according to the Journal of Ethnobiology. The data suggests that the evolution of the dog-human bond was largely determined by the constraints of ecological factors, cooperative hunting and resource defense, and involvement of women. 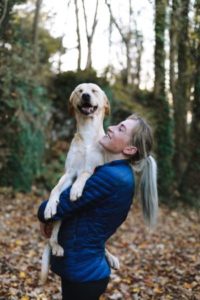 So how is it that women played such a predominant role in domesticating the dog? Researchers speculate that women were more likely to include the dogs in a wider variety of activities, including family togetherness, promoting affection, and companionship.

“Humans were more likely to regard dogs as a type of person if the dogs had a special relationship with women. They were more likely to be included in family life, treated as subjects of affection and generally, people had greater regard for them,” said Chambers, according to Washington State University.

What inspired women to include dogs in family life?

A study published in 2017 in The Royal Society discovered women may understand dogs better than men. Researchers studied how men and women responded to vocal expressions of dogs during certain scenarios and learned women were better than men at gauging a dog’s behavior while listening to the dog’s expressions. Researchers believe this may be due to women naturally having more empathy and understanding of social interactions and signals.

In the past, both men and women benefited from keeping canines close at night – to either ward away danger or stay warm. Multiple studies have shown that women sleep better when bunking with a dog, which may have led to faster domestication of dogs taking over our beds and couches. 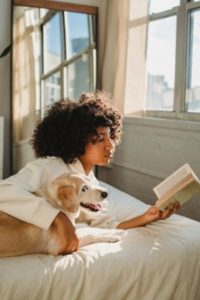 And last year, a sleep study looked at women co-sleeping with dogs and the impact it made on their nighttime movements. Researchers used actigraph data – information gathered from a small unit that measures movement in a minute-by-minute analysis, to determine the women’s quality of sleep. Results found women were largely unaware of the dog’s movements during the night and rarely reported the dogs waking them up.