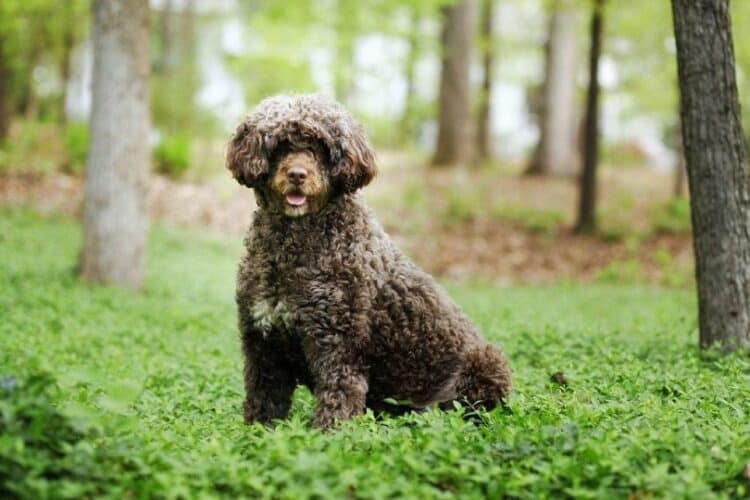 It is important to consult a doctor if you have allergies to animals in order to determine if a Portuguese Water Dog would be a good fit for your family.

What Does Hypoallergenic Mean?

In the US, 30% of people with allergies suffer from pet allergies, according to the Asthma and Allergy Foundation of America. People with asthma or other allergies are also very likely to develop pet allergies, which can be caused by proteins in dog saliva, urine, or dander. Dogs can cause sneezing, irritated eyes, congestion, and other reactions that are irritating, but some people still find it hard to resist owning or being around them.

Humans love dogs so much that the majority of US households own one. It’s likely that you’ve had a dog at some point in your life even if you don’t have one now. It’s no secret that they’re a major source of joy, but they’re also a major source of fur! All that hair traps dead skin cells or dander. It’s the dander that triggers allergies.

Hypoallergenic means that a dog is less likely to cause an allergic reaction. This is because the dog’s biology has evolved to be gentle on the skin and respiratory system and to avoid triggering common allergies. Many people find that dogs classified as hypoallergenic are less likely to cause them any discomfort or skin irritation. Hypoallergenic means that the dog produces minimal amounts of allergens, which is the substance that triggers an allergic response in people. Dogs that are considered hypoallergenic typically have a coat of hair that doesn’t shed as much as other dog breeds. This means that they don’t produce as much dander, which is the primary cause of pet allergies.

Many people say that this makes them a potentially good choice for people with allergies, though according to a 2011 Henry Ford Hospital study, homes with lower-shedding dogs did not have lower levels of household allergens than homes with other breeds. We urge you to always consult with a doctor before getting a new pet if you have severe allergies.

10 Most Popular Dog Breeds in Germany (With Pictures)

Have you ever wondered whether theRead Article

Are Norfolk Terriers Hypoallergenic? What You Need to Know!

Are Munchkin Cats Hypoallergenic? The Science Behind Cat Allergies

When looking to adopt a newRead Article

Are Corn Plants Toxic to Cats? What Do I Do if They Eat One?