Have you ever wondered whether the dog you walk depends more on where you live? Many dog breeds can be found all over the world, but that doesn’t mean their popularity is the same everywhere you go. In fact, what dogs are most popular varies a lot from country to country.

Take Germany, for example. Around 10 million dogs live there—all kinds of breeds, and it’s not easy to tell what kinds are most common. One of the best ways to tell is through purebred dog registries, which keep track of pedigreed dogs in a certain country. In Germany, it might not surprise you that the top three dogs are all German breeds, but there are also some famous dog breeds that might surprise you. Here are the top 10 most popular dog breeds in Germany according to the VCH, or German Dog Registry.

The 10 Most Popular Dog Breeds in Germany

Maybe it’s not surprising that the most popular breed in Germany is the German Shepherd. After all, these German-native dogs are some of the most recognizable pets anywhere. They are highly versatile pets that make great pets, watchdogs, herding dogs, and special use dogs. They’re famous all around the world for their ability to train for military, police, and search-and-rescue operations. German Shepherds aren’t low-maintenance pets, and they require a lot of space and time, but they are still Germany’s number one dog breed.

These little dogs are often nicknamed “wiener dogs” because their long, skinny body reminds people of a little sausage! True to form, these dogs are another native German breed that’s popular in Germany. They were originally bred to hunt badgers and fit into their dens, so even though they are small, they can be quite fierce. Dachshunds are the second most popular dog breed in Germany and are well-known worldwide!

The top two dogs on this list are very popular inside and outside of Germany, but the German Wirehaired Pointer might be new to you. Although it’s the third most popular dog in Germany’s biggest breed registry, it is somewhere in the middle of the pack in America. These dogs are medium-sized and have a distinctive bristly coat. They closely resemble other pointer dogs and were bred for hunting. Today, they make active and loyal companions for owners across Germany and the world.

The first breed on this list that’s from outside of Germany, the Labrador Retriever is popular the world over for its beautiful temperament and trainability. In fact, Labs are often used as disability-assistance dogs because they can be socialized to do well in crowds and can learn to help with complex tasks. These dogs make great family companions and are lower maintenance than many large dogs. It’s not surprising that they come in at number four on our list.

Trailing just behind the Lab is the Golden Retriever. These dogs are similar in size and personality to the Labrador, but they tend to be just a little smaller, and they have a long, silky golden coat. They also tend to be a little lower energy, making them the perfect choice for those with a little bit slower lifestyle. Although Golden Retrievers are beautiful, they are a little higher maintenance because of the long coat that requires grooming. That’s probably why the Lab just barely edges them out in the popularity lineup.

No, they aren’t from Denmark—the Great Dane is a German breed! These extra-large dogs are sometimes known as German Mastiffs, and they were originally bred for hunting boars. Today, they are instantly recognizable because of their lean, leggy frame, and they consistently have taken the record for the tallest dog ever. Although having such a large dog in your home isn’t easy, their confident and devoted personality makes them fan favorites, and they remain the sixth most popular dog breed in Germany.

The poodle is another breed that’s secretly German. Despite their long association with Paris, the first poodles were actually bred to be duck-hunting dogs in Germany. Poodles are still popular there today, where they are active, intelligent pets that often have a great sense of humor. Poodles are also one of the most popular parents of “designer” breeds because their low-shedding coat is highly desired. That means that poodle mixes are easy to find in Germany and elsewhere.

Rottweilers are probably descended from ancient Roman working dogs left behind in Germany as the empire fell. In the years since then, they’ve become famous as guard dogs. But the press hasn’t all been good—poorly trained Rottweilers have given the breed a reputation for aggressiveness. However, a well-trained Rottweiler is no more dangerous than any other dog, and in Germany, they continue to be popular. Although these dogs have strength that needs proper direction, they are beloved companions to many.

Boxers come from ancient stock—in fact, most experts agree that they’re descended from Assyrian dogs that lived 2000 or more years ago. But the breed took on its modern form in Germany, and it is still popular today. These dogs have a lot of strength and power, making them great as guard dogs, and they are very affectionate towards their owners. Overall, Boxers make great pets if you have the space for them.

The Cavalier King Charles Spaniel is a newer breed, but it’s exploded in popularity worldwide, including in Germany. These spaniels are smaller than many other dog breeds, making them a great choice for apartment dwellers. They are also some of the most social dogs—they love people and are very affectionate towards their owners and even strangers. Cavalier King Charles Spaniels have a soft, silky coat that is a dream to pet, even if it takes some grooming. These beautiful dogs are definitely going to continue to rise in popularity.

We hope this list educates you on the fantastic dog breeds in Germany. While any dog can make an amazing companion, the breeds discussed in this article have clearly made a positive impression on pet lovers in Germany. So, if you ever visit the land of beer and sausages, see if you can spot one of these well-loved breeds.

Are Norfolk Terriers Hypoallergenic? What You Need to Know!

Are Munchkin Cats Hypoallergenic? The Science Behind Cat Allergies

When looking to adopt a newRead Article

Are Corn Plants Toxic to Cats? What Do I Do if They Eat One? 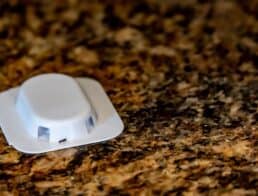 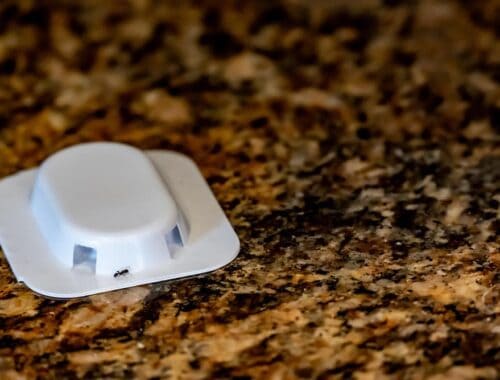 Are Ant Traps Safe for Cats? Can They Be Kept in the House?

If you’ve seen too many antsRead Article