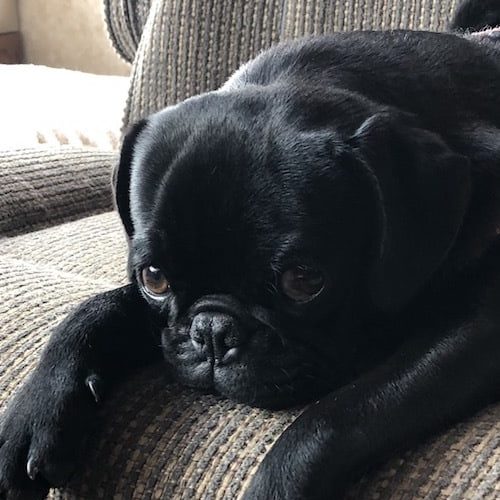 Question: My 10-month-old pug (female) sometimes eats her poop. Why?

Thanks for sending your question. Your pup is adorable, but I bet it makes you wary of puppy kisses when she has this strange habit!

The official term used to describe the eating of feces is coprophagia. Dogs engage in coprophagia during all life phases, but it’s most prevalent in mother dogs and young puppies.

Mother dogs lick the rear end of their babies to stimulate urination and defecation. The mother dog ingests the feces and urine produced by the puppies, perhaps to keep the den clean.

Young puppies might learn this behavior from their mothers. Scientists speculate that eating feces helps populate a puppy’s GI tract with beneficial bacteria. Most puppies outgrow this habit. Adult dogs normally going out of their way to avoid contact with their own poop or poop from other dogs.

Some dogs continue the habit of eating poop into adulthood. There is an inherited tendency for adulthood coprophagia in certain lines of dogs.

One study found that dogs prefer to eat fresh feces less than two days old. The practice may be an evolutionary method of controlling parasites. Worm eggs passed in a dog’s stool have to hatch into larvae after some time in the environment to become infective to other dogs. Primitive dogs kept the worm larvae from infecting other dogs by eating the feces before larvae hatched.

Other dogs start eating poop as adults. This can happen when a dog’s diet has a nutritional deficiency or when he has a disease that causes poor absorption of nutrients. Stress and boredom can also contribute to the tendency to eat poop.

How to Stop Your Dog from Eating Poop

The first step in ending the unpleasant habit of poop eating is to pick up and dispose of all feces immediately. Removing the temptation will help break the habit and avoid the upset stomach coprophagic dogs often experience.

You should also teach your dog the “leave it” command. That way you can stop your dog if he’s trying to get to the poop before you can pick it up.

There are several products and home remedies that may help with training your dog not to eat poop. These product are an aid to training and prevention. They are less likely to be effective of they’re used alone.

For-bid is a powder that contains a protein that breaks down in the dog’s GI tract, giving an unpleasant taste to the feces. It is up to 99% effective when used for dogs who recently started eating poop. For-bid is about 95% effective at stopping coprophagia in dogs who have had the habit for 1–3 years. Dogs who have been eating poop longer may not benefit from this supplement because the habit is so strongly ingrained in them.

Accent contains monosodium glutamate (MSG). A sprinkle of MSG on each meal can change the flavor of poop enough that your dog will find it repulsive.

Adolph’s Tenderizer contains an enzyme that comes from pineapple called bromelain. Apparently, bromelain makes dog poop taste bad enough that dogs don’t want to eat it. You could substitute a few chunks of fresh pineapple (not canned) with each meal to have the same effect.

Is your female dog having any other issues? Check out our Ask The Vet section to get pet questions like “How Long Do My Female Dogs Stay in Heat?” answered. 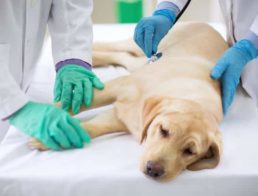 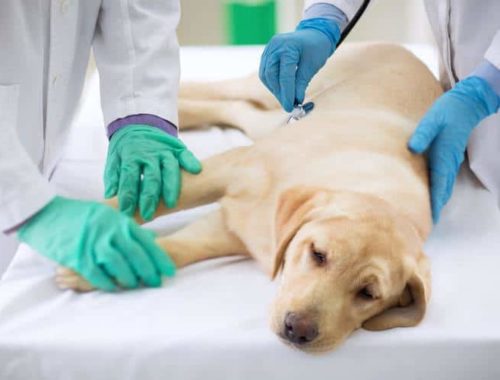 What are Symptoms and Treatment for Bloat in Dogs?

The word “bloat” is not appealingRead Article

What Do You Give a Dog with Diarrhea? 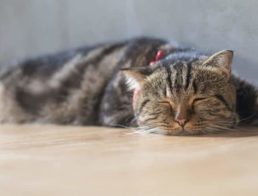 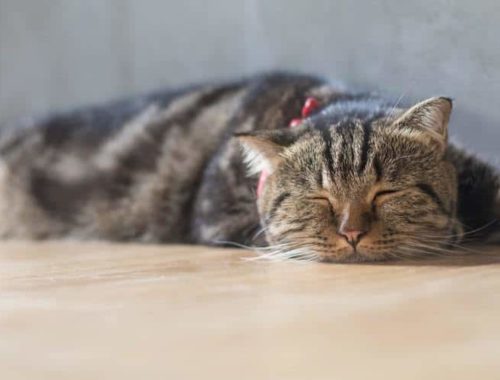 Why Does My Cat Have Diarrhea (and What Can I Give My Cat)?

Why does my cat have diarrhea?Read Article 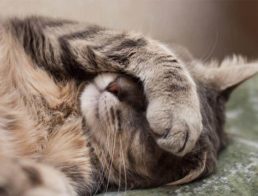 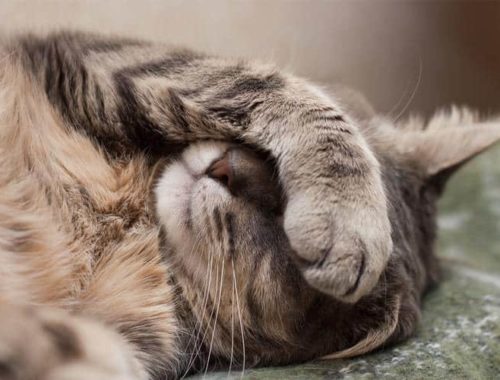 What Can I Give My Cat for Constipation?

Constipation is a condition in catRead Article 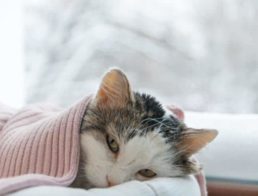 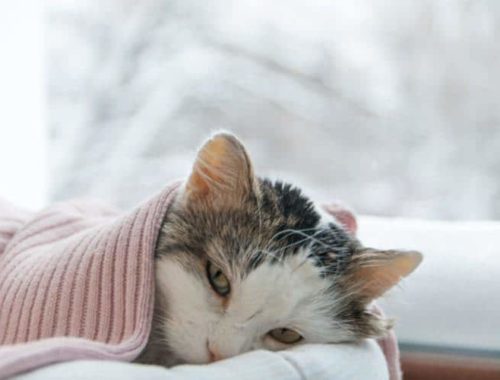 What to Do If Your Cat Has Blood in Its Stool

You’re not weird if you lookRead Article 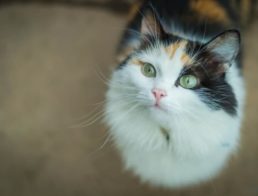 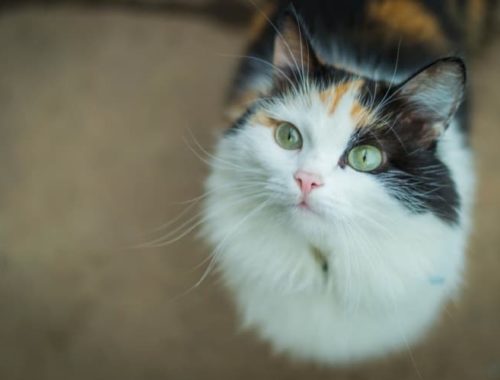 How to Prevent Hairballs 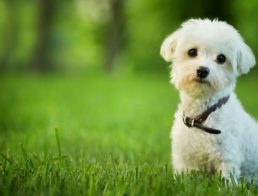 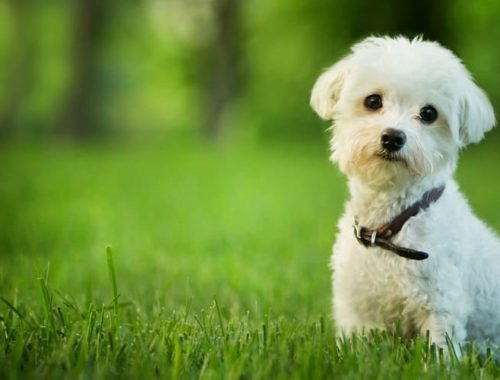 Worms are a familiar, yet disgustingRead Article 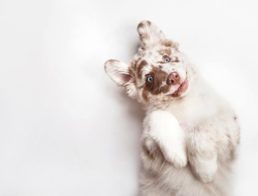 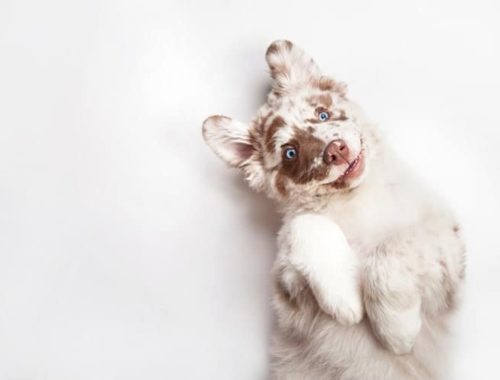 My Dog Has Worms. How Do I Get Rid of Them?

Question: What are these worms inRead Article

My Dog Ate Chocolate. What Should I do?

There’s Blood and Mucus in My Dog’s Stool But She’s Acting Normal. Should I Be Worried?

Question: Why does my puppy haveRead Article 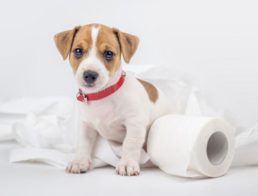 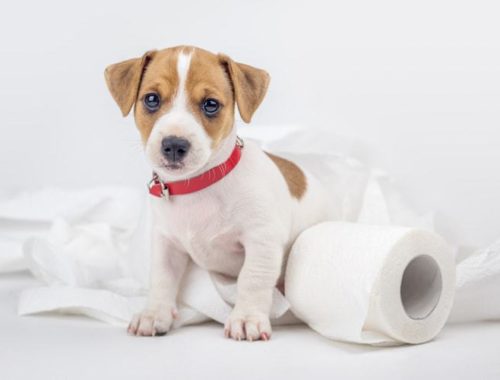 What Can You Give a Dog for Constipation?

When most people see their dogRead Article