In recent years, how people welcome dogs into their homes has been up for debate. Some strongly believe in forging relationships with reputable breeders to source their furry friends, while others argue that rescuing dogs from shelters or local care centers is the proper way to go.

However, we haven’t always been so excited to make dogs members of our families – at least as pets. In colonial times, animals, including dogs, had purely utilitarian purposes. Because animals were viewed as helpers, dogs were bred for their ability to perform tasks instead of for their appearance. In fact, dog breeds that were primarily pets, rather than working dogs, weren’t officially recognized until about 150 years ago.

But all that changed when Victorian England began registering different types of dogs. During the Industrial Revolution, the British made dogs their pets, and today, we’re still welcoming them into our families and homes.

Just as we now have a dizzying variety of dog breeds to choose from, we also have a wide variety of ways of finding a new furry family member. We surveyed more than 990 dog owners to find out how they got their most recent dog, why they chose that path, and whether they’ll do it again.

How exactly do people acquire their pets? While pet stores, animal shelters, or rescue centers are numerous, breeders across the country work to preserve and provide very specific breeds of dogs to the families looking for them.

According to our survey of 997 dog owners, nearly 20 percent acquired their canines from shelters, and another 20 percent went to rescue centers for their dog. An additional 24 percent took in a pet from a friend or relative, while the other 37 percent purchased from breeders or pet stores. More owners purchased their dogs through American Kennel Club-affiliated breeders than not. And over 13 percent of people found their furry family member at a store.

The American Kennel Club ranks Labrador retrievers as the most popular breed in America and has since 1991. The AKC says the other four most popular breeds for 2017, the latest year on record, include German shepherds, golden retrievers, French bulldogs, and bulldogs.

Despite these breeds’ popularity, a couple of them are also more likely to be found in shelters such as pit bull types, Labrador retrievers, Chihuahuas, German shepherds, and boxers.

Why Purchase a Dog Instead of Adopting?

For the dog owners surveyed, 51 percent said they chose to purchase rather than adopt a dog because they desired a specific breed. Forty-three of respondents additionally said they preferred a puppy to an older dog.

Concerns over health outcomes weighed into respondents’ decisions as well: Almost 34 percent purchased a dog from a store or breeder because they wanted to be sure it was healthy. An additional 17 percent wanted a dog that didn’t shed, and nearly 13 percent said they specifically needed a hypoallergenic dog. Almost 40 percent of those who decided to purchase a dog said they tried to adopt first.

The American Kennel Club advises buyers to assess the reputations of the breeders from which they consider purchasing. Plenty of breeders in the United States are reputable, but not all are registered with the AKC. Finding an AKC-affiliated breeder ensures that safe breeding practices are maintained and pets are well taken care of prior to purchase. According to the AKC, you can help assess the reputation of a breeder by:

In terms of how one’s dog was purchased, between 68 and 71 percent of respondents said they harbored no regrets when working with a breeder. Almost 46 percent of people felt similar when buying from a pet store.

When to Adopt or Rescue

Overwhelmingly, of the respondents who said they adopted or rescued their dog, nearly 89 percent said they did so to provide a home to an animal in need. Other top reasons: to avoid breeders or situations that compromised the owner’s ethical beliefs and to free up space in a shelter or pound.

Of the 3.3 million dogs nationwide that enter American shelters each year, 670,000 are typically euthanized because there is not enough room to provide for them.

When talking of expenses related to bringing a dog into the home, 18 percent of those surveyed said they adopted to save money, while almost 20 percent preferred to house a dog that was already fixed and vaccinated.

If you’re looking for a dog at a rescue or shelter, you want to make sure it has been properly socialized. To do this, ask yourself the following questions.

If you answered “yes” to all of the above, congratulations! You might have a good candidate for your new companion.

Overall, people recorded much lower levels of regret in adoption and rescue processes than purchasing a dog from a breeder or store.

If you’re purchasing a dog from a breeder, the chances are high that you’ll receive a home visit to verify its future welfare. Around half of AKC-affiliated and non-affiliated breeders required a home visit as a part of the housing process according to our survey participants.

Shelters and rescue organizations rely far more on written applications and the honesty of applicants when finding new homes for dogs. When working with an AKC-backed breeder, though, you’ll likely have to fill out a written application and pass a home visit to call that puppy yours.

Worried about the application process? NBC shares this tip on how to score well: Choose organizations that value conversation and holistically getting to know the potential adopters as people.

A small percentage of the survey participants seemed worried about passing the application process, though. About 16 percent of respondents said they lied on their applications.

Since some organizations have very strict guidelines for what constitutes a fit puppy parent, some applicants may be tempted to fudge details such as their work hours or yard size to meet the requirements. This is not unusual, and the ASPCA encourages shelters and rescue centers to use conversation-based approaches instead of relying solely on black-and-white paper applications. This will give shelters and rescues more insight into those who hope to adopt, and they can move more dogs from shelters into worthy homes.

Just as humans are prone to congenital conditions and communicable diseases, dogs can also pick up or inherit their fair share of health conditions. According to our survey, purebred dogs didn’t fare much better than mixed breeds when it came to avoiding congenital health issues; however, the latter rose above their counterparts when it came to fighting infections, parasites, and kennel cough.

It’s normal for your dog to experience minor health complaints over time, but they shouldn’t crop up when you first adopt or purchase a pet. Dogs from pet stores were more likely to experience health issues at the time of their purchase than other dogs in our survey. Of the 997 dog owners surveyed, 57 percent of those who acquired their pet through a store said their animal came with issues or ailments.

Compare that to those who took in a dog from a family member or friend or those who worked with an AKC-backed breeder: Over 34 percent of respondents in the former category said their dog came with issues, while the number was more than 27 percent for the latter.

If you’re looking for a dog breed that is known for its health, check out this list of the healthiest breeds with some of the longest life spans:

Of the 997 people questioned, 75 percent agreed with trying to adopt a dog before purchasing. Over half of them also said breeding dogs for commercial purposes should be outlawed.

Recently, California became the first state to enforce a law called the Pet Rescue and Adoption Act. This law requires pet stores to only sell dogs from shelters or animal rescue groups. The idea behind this act is to shut down harmful breeding facilities and those who neglect to provide proper care for their animals.

Other states have enacted laws surrounding certain dog breeds, called breed-specific legislation. Denver, Colorado, prohibits the ownership of any pit bull or mix, and North Little Rock, Arkansas, prohibits ownership of Rottweilers, pit bulls, or bull terriers. By prohibiting the purchase of these dogs, which are sometimes believed to be dangerous, breeders may be de-incentivized from breeding more puppies.

Overall, once people find a method that works for them, they often plan to use the same process to acquire subsequent pets. This is especially true for those who rescued or adopted their most recent dog. More than 65 percent of those who rescued their dog planned to do the same for their next dog. Similarly, 42 percent of those who got their dog from an AKC-certified breeder would do the same with their next dog, perhaps to get the same breed of dog.

Some dog owners, however, are looking to try something new with their next dog. In fact, nearly 1 in 4 people who bought their last dog from a pet store planned to adopt their next one from a rescue.

No matter how you choose to expand your family, do some research into which dog breeds will have the best health outcomes, fit your lifestyle, and mesh with your personality, so you’ll have no regrets about your decision.

Whether choosing a breeder or shelter, make sure the people with whom you’re working are reputable, and don’t shy away from bringing them any questions or concerns you may have. The best dog breeders and shelter staff will be transparent and direct about their practices and will take the time to help you make the best decisions for you and your future pet.

In the meantime, Pango Pets is here to equip you with the information you need to be the best pet owner possible. Visit us to get recommendations, resources, and reviews for all types of pet-related products.

For this study, we surveyed 997 current dog owners about the dog they most recently acquired.

Survey participants ranged in age from 18 to 83 with an average age of 34.9 and a standard deviation of 10.4. We conducted this study using the Amazon Mechanical Turk platform.

To maintain a good sample size for dog breeds, we grouped all breeds according to American Kennel Club groups, except mixed-breed dogs.

There are inherent limitations with self-reported surveys, such as forgetfulness and exaggeration. As such, this content is created for exploratory purposes only.

Know a dog lover who’d love to read this content? We encourage you to share it with them for noncommercial purposes. But please, don’t forget to link back to our study to give credit where it’s due! 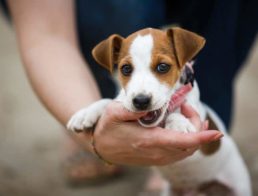 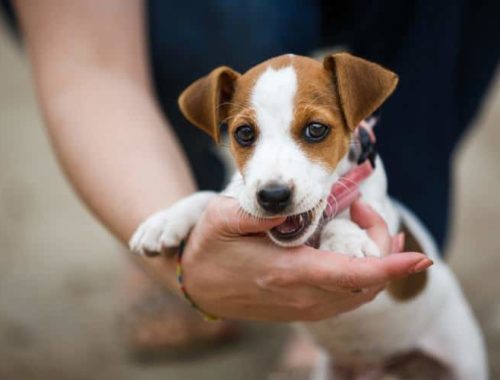 How to Stop a Puppy from Biting 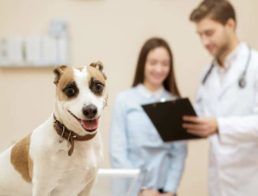 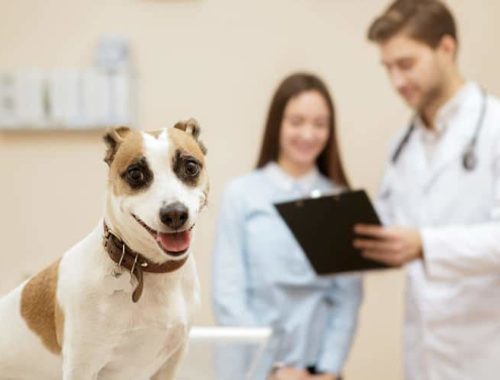 10 Questions Every Dog Owner Should Ask Their Vet 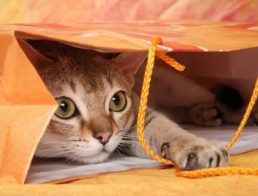 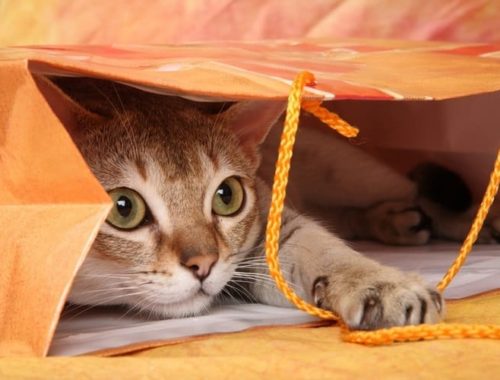 How to Entertain a Cat

You love your cat and probablyRead Article

Getting Ready for Your New Puppy 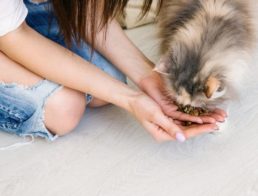 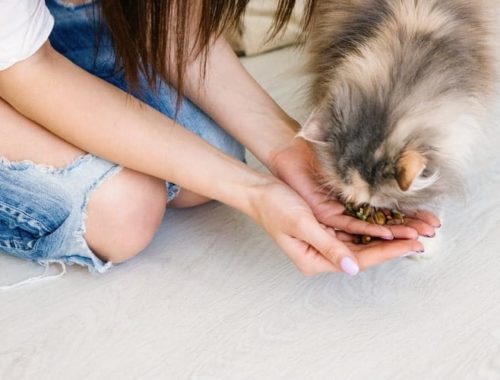 How to Feed a Cat That Won’t Eat – 4 Simple Methods!

Cats can be finicky and difficultRead Article 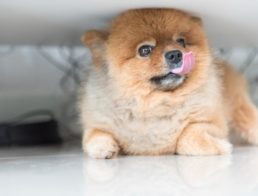 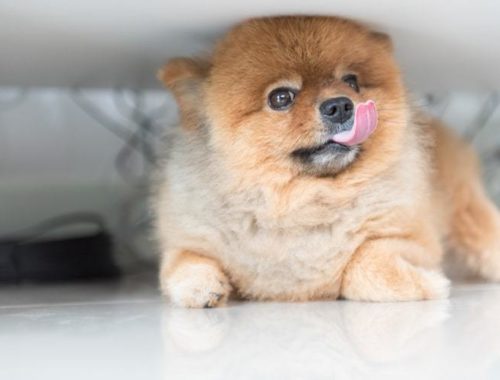 10 Foods Your Dog Should Not Eat

While we all want to spoilRead Article

What Do You Need for Your New Kitten? 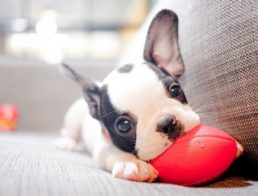 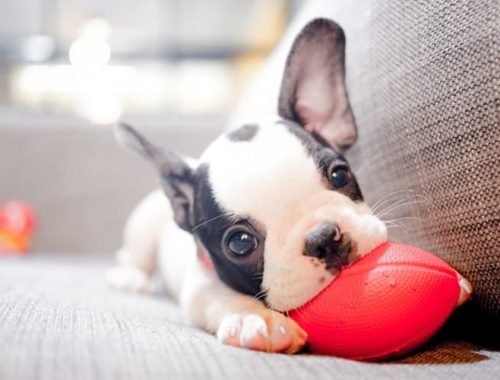 What Do I Need For a New Puppy?

Getting a new puppy can beRead Article 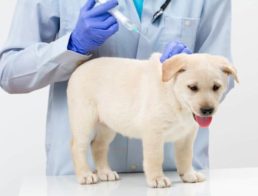 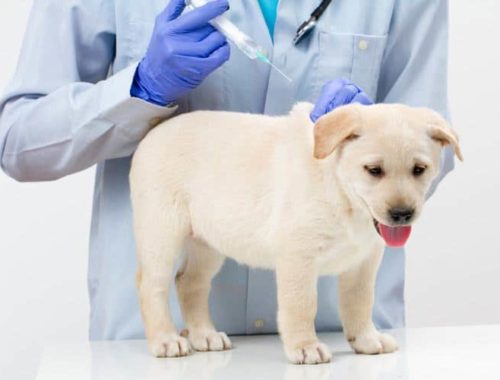 What is the Ideal Vaccination Schedule for a Puppy?

When you were a child, youRead Article 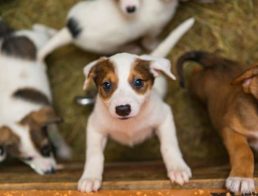 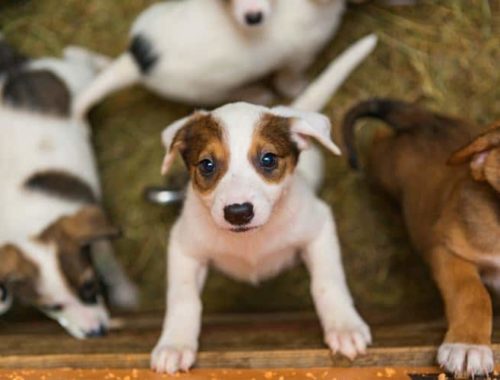 What Questions to Ask When Adopting a Pet from Shelters, Rescues & Breeders

What are the most important questionsRead Article 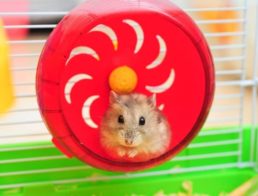 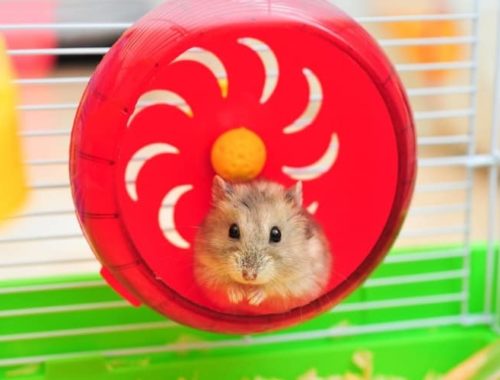 What Do Hamsters Need?

What Do You Need to Know Before Adopting a Cat?

Are you planning to add aRead Article